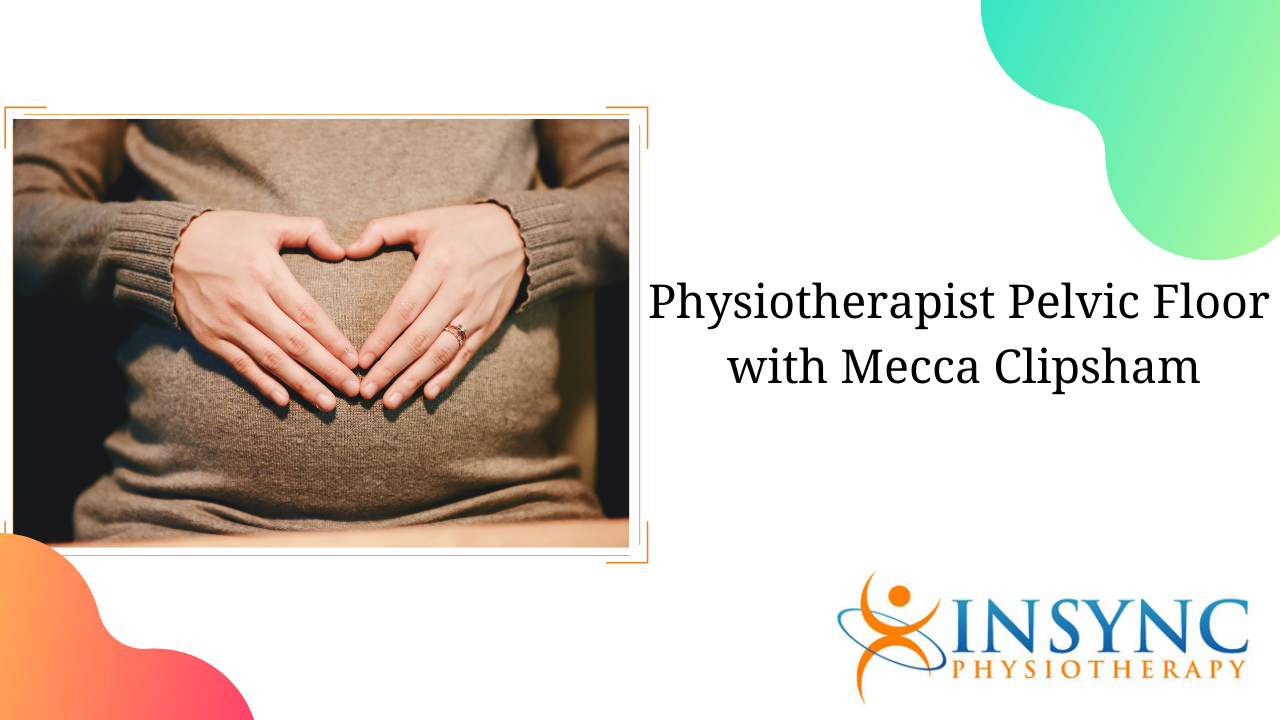 Mark: Hi, it's Mark from TLR. I'm here with Mecca from Insync Physiotherapy in North Burnaby. She's a physiotherapist for pelvic health, and we're going to talk about pelvic health. How are you doing Mecca?

Mecca: Yeah, so I treat people with pelvic floor dysfunctions and that would be, you know, anyone who's experiencing pain in their pelvis region or someone who pregnant or post-pregnancy. There's quite a lot of things. The pelvic floor is a group of muscles that forms the underside of the pelvis.

So you imagine that area between your seat bones, your tailbone, and kind of the front of your pelvic bone. That's the pelvic floor and it helps with bowel function, bladder function, sexual function, support of all those internal organs. So anyone who is experiencing any sort of bladder or bowel problems such as leakage, like unwanted leakage or incontinence, or sexual function dysfunction could benefit from pelvic floor physiotherapy.

Mark: So how common is this?

Mecca: It's more common than you think actually. A lot of women experience incontinence, which is an unwanted leakage of urine throughout their lives, kind of from early adulthood, all the way to older age. Quite common around pregnancy as well as with older age. And it's something that people kind of think that is a normal thing, which it actually is something that's not normal and something that there is possibly a solution too. And pelvic floor physiotherapy can definitely help with some of those symptoms.

Mark: So what would be some of the other symptoms that somebody would come in and get treatment?

Mecca: So any sort of pain in the area. So pain with sexual intercourse or any sort of sexual activity. Pain with even like rectal pain. That could be something that could benefit. Pain with urination or bowel movements.

Mark: So what's causing some of this stuff?

Mecca: So some of the stuff that causes the pain and causes the symptoms is actually the kind of dysfunction of the pelvic floor muscles. So sometimes they can be too tight and people are unable to relax that area. And that can cause quite a lot of pain. Sometimes they're not strong enough or people are unable to coordinate that part of their body. And that can cause some unwanted leakage of urine or pre and post pregnancy, for example.

Mark: So how do you go about diagnosing what actually is going on and maybe a course of treatment?

Mecca: Yeah. So what we do is we take a really thorough history from a patient. So just finding out a lot of information about what's been going on and what their symptoms are and what their history is, what sort of other medical treatments they've had. And just kind of get to know them and who they are.

And then we go into an assessment. So an exam. So we look at them kind of as a whole person. How do they move? How do they breathe? All that kind of thing. And then the real difference between pelvic floor physiotherapy and regular physiotherapy is that we've actually been trained to do internal exams.

Mark: And what would a typical course of treatment look like and how long does it take to have some improvement. If that's even possible sometimes.

Mecca: Yeah. So that will vary from patient to patient, just like any sort of treatment. It's very unlikely that it's a one time treatment. Sometimes it might take several weeks to several months, depending on how long the person has been experiencing their issues.

Mark: And what are the things that you're giving people to do or you're getting them to do when they're in office.

Mecca: Yeah. So it's very similar to regular physiotherapy. There's a lot of education and a lot of information that is actually, things that people don't necessarily realize that should be common knowledge. So lots of education, lots of even like some lifestyle modification, exercises. So pelvic floor exercises. The most common thing that people think of is kegels, which can be part of it, but it's not everything. Because there's a lot of people that can't actually relax their pelvic floor. So instead of needing kegels, they actually need more relaxation exercises. So yeah, those are kind of the main things. There's also some manual techniques that we can use to work on people's pelvic floors as well.

Mark: So if you have some issues with your pelvic floor, if you've got pain there, if you've got problems with incontinence, the person to see in North Burnaby is Mecca Clipsham. She's at Insync Physiotherapy in North Burnaby. You can book online at insyncphysio.com or you can call to book at (604) 298-4878. Get in to see Mecca. Get better. Get moving better. And get those issues looked after. Thanks, Mecca.

Mark: Hi, it's Mark from TLR. I'm here with Mecca from Insync Physiotherapy in North Burnaby. She's a physiotherapist for pelvic health, and we're going to talk about pelvic health. How are you doing Mecca?

Mecca: I'm good. Thanks. How are you Mark?

Mark: Good. So I've never been pregnant. Thank God. But I guess there's some things that happen to women when, before and after they've had a baby. Why would they want to see you specifically?

So in pregnancy, usually in the second trimester would be a good time to come just to get an assessment of how their pelvic floor is functioning and a little bit of education on how to keep it healthy. And you know, there's some things that we can go over. Prepping for birth. And then after birth as well after having a baby, your pelvic floor can change.

And it's good to get that assessed and looked at because there are a few things that can happen. A lot of people experience pain in their pelvic region while they're pregnant. And that's something that we can work on. Some people who are pregnant experience incontinence, which is just unwanted leaking. May happen before or after pregnancy.

And coming to see a physiotherapist who works with pelvic floor can help mitigate some of those symptoms. Another thing that happens with pregnancy is there's a possibility of prolapse. So prolapse of pelvic organs, and that's another thing that we can address.

Mark: If you're pregnant, thinking about getting pregnant or have been pregnant and you've got any of these issues going on or want to be prepared, because this is fairly common. The person to see in North Burnaby is Mecca Clipsham at Insync Physiotherapy. You can book online to see her at insyncphysio.com or you can call the office at (604) 298-4878. You got to call ahead. She's busy. Thanks Mecca.