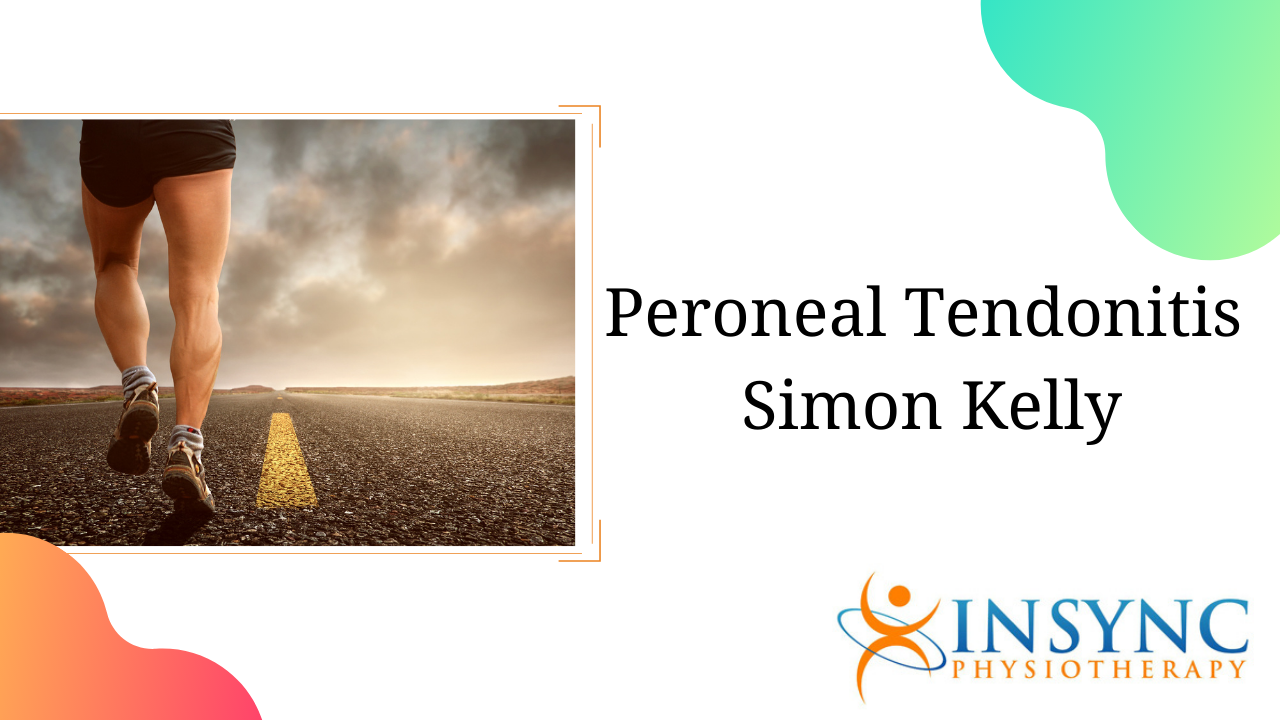 Mark: Hi, it's Mark from Top Local. I'm here with Simon Kelly of Insync Physio in Vancouver, BC. He's a physiotherapist at one of the top rated physiotherapy clinics. Many time winners of best physiotherapists in Vancouver as voted by their customers. Today we're going to talk about something that I'm sure a lot of people run into. Especially if they're very active with walking or running it's lower leg tendonitis. Pain in your lower leg. What's the deal going on here, Simon?

Simon: I'm Mark, thanks for having me. Yeah, I just going to talk through a case study that I had there during the week. A guy who had something called peroneal tendonitis.

Basically it's a tendon that runs down the outside of the leg. A lot of walkers aggravate this tendon and it can be due to a number of different factors really. Sometimes it's maybe they changed their footwear. Might've changed the surface they're running on. Or they just might've increased their workload. And then a little bit too quickly, which I know a lot of people do this. That's the most common thing as well. So it can be debilitating and a little bit scary to someone who hasn't had it before.

So this guy was 25 years old. He actually had a spontaneous pneumothorax, which means his lung spontaneously collapsed on occasion. So he had a long period of time out from running. And he was just trying to get back into running, I think a month after this collapse and he was starting to do two to four kilometres running. Where he was running, they had made a new path where he usually runs and it was an uneven surface because of COVID, they wanted to keep the paths kind of socially distance.

So that was kind of the angle, I kind of thought maybe he went a bit too quick and maybe to surface he's running on a bit of a camber. And no roads we run on are actually truly flat. If you want to be honest about it, they're all a little bit slightly at an angle, not incline decline, but more of an angle of the foot so it would be turned sideways.

So he came into clinic. That was his kind of background story. We did a few tests to prove it was this peroneal tendonitis, where you kind of evert the foot out against resistance and that creates pain in the foot. Sometimes going up onto your toes can also create a little bit of discomfort because it does what the calf must've does as well.

So that was kind of a the general diagnosis and how we diagnosed him initially.

Mark: So what was the course of treatment?

Simon: The course of treatment Mark, there's four reasons really peroneal tendinitis can go up. If you're running on a surface, like I said, like a camber, we really needed to tell him to stop running. But eventually we would add back in running, but on a flatter surface as possible. Usually it's tight calf muscles as well. So not just the pernoneal itself, but all the calf muscles in the back are usually a bit tight that can predispose you to excessive use of this tendon. And like a lot of volleyball players and dancers, if you can imagine them up on their toes.

He wasn't in this case up on his toes, but that was one of the reasons that you can get peroneal tendonitis. So initially stop all the aggravating factors, stop running and let's load this tendon progressively. Isometrically is how we load it first. Isometrics are where you move the tendon against the resistance, but you're not moving through range.

So that just helps decrease the pain, settle down all the inflammation. And then we got him back in running, into a running program, but a little bit slower. Would footwear, because sometimes it can be from over pronation as well. I meant to mention that earlier on, actually. Just good footwear or good support.

And then we told him to stop running. When he does go back running to run on a flat surface, not running the track that he was running on. And to just go a little bit slower, maybe just try a couple of hundred metres in a straight line, and then we just took it from there, Mark. That's how he presented over the coming weeks.

Mark: And so after the of course of treatment, what was the result?

Simon: Absolutely Mark, so obviously when his lung was re-inflated at this point, that was another thing I meant to say, for his endurance. We had to keep an eye on his breathing and his endurance. So that was actually fine. I asked him that every time he came in. He went back into proper pairs of shoes. His calf was relaxed and he was back running, you know, five to six kilometres every other day, without any pain. Just best afterwards, few adjustments that we made.

Now he doesn't have to not run in that path ever again. But I told him that he'd have to start adding in uneven surfaces just towards the end. So he'd just run on that path again, and he had no problems whatsoever. So he's back up and running and back into action.

There you go. If you need some help with your lower leg, if you're having some issues with a change in your fitness program, that's causing you some pain or any part of your body, give Simon Kelly a call. You can reach him at the Vancouver office of Insync Physio. You can book there at insyncphysio.com either in Vancouver or Burnaby. The Vancouver office number is (604) 566-9716. Burnaby is (604) 298-4878. Give him a call. Simon will get you straightened right out. Thanks Simon.

Cheers, Mark. Thanks very much.