Category Archives for "Essential Paddling Warm up and Stretches" 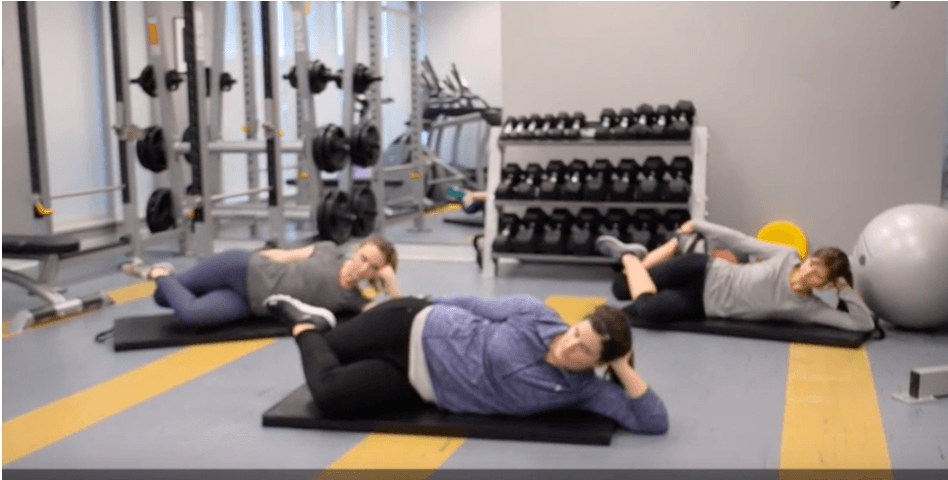 For the next stretch you’re going to lay on your back with your arms straight out and you’re going to bring one leg across your body. This is an upper back stretch but depending where you’re tight, you may feel it in your back, your chest or your glutes. Repeat this stretch on both sides. Next lie on your side and grab your top ankle with your top arm, you want to try and keep your core engaged so your lower back doesn’t arch. This is a quad stretch which is good to do on it’s own but you can also make it more of an IT band stretch by bringing your bottom foot up onto your top knee and pulling it towards the ground. You want to repeat this stretch again on both sides. The next stretch is for the hamstrings. You can do this with a partner or in a doorway. You’re going to lie flat on your back and put your ankle on your partners shoulder, have them bring your leg towards your body until you feel a strong but comfortable stretch. You can also put your heel onto a door frame and put your other leg, the one still on the ground through the doorway. This will allows you to bring your leg closer to your body by moving further into the doorway. On the right, you can see how people typically stretch their hamstrings and most of the time people arch through their back to try and increase the stretch which isn’t good for your low back. The stretch on the left keeps your back nice and neutral and tends to allow you to get a stronger stretch. 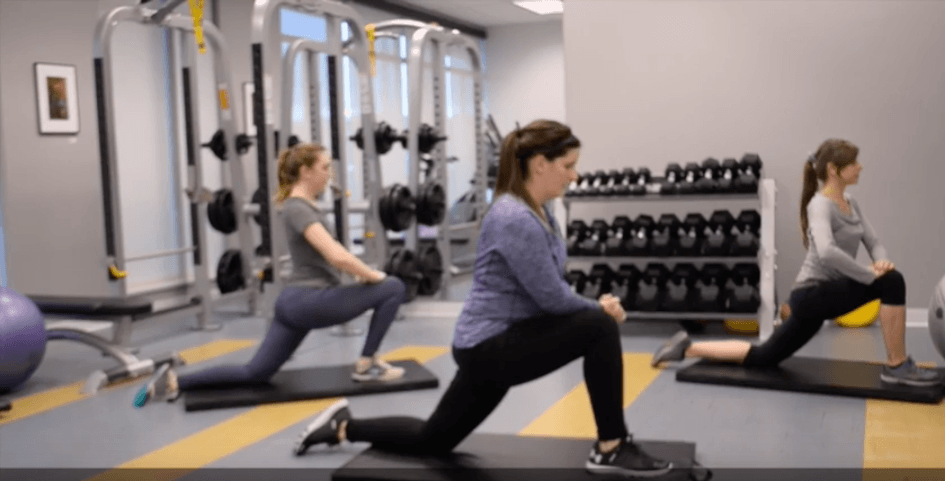 This next one is a hip flexor stretch. So you’re going to go into a canoe pose and you want to feel this in the front of your hip on the knee that you’re kneeling on. This is going to be important to stretch for canoers to get that nice long reach. It’s also important for kayakers to stretch because you’re sitting in a boat all day and your hip flexors are getting really short and then you’re going to go into cross training and with running and cross country skiing and skating, you need long hip flexors to get that nice long push back and it’s going to reduce your risk of injury in the off season. Now you’re going to cross the front leg over and to the into Pigeon Pose. You should feel this in the glute of the front leg. A good cool down in stretching is really important because it’s going to decrease your muscle tightness, it’s going to remove the waste products that have built up throughout exercising, it’s going to reduce your risk of injury as well increase your rate of recovery. This means you’re going to be able to get more out of your next practise. So just like the warm up, not only is it going to improve your results because you’re not going to be injured, but it’s also going to be able to improve your results because you’re getting the most out of your training and the most of that next practise. 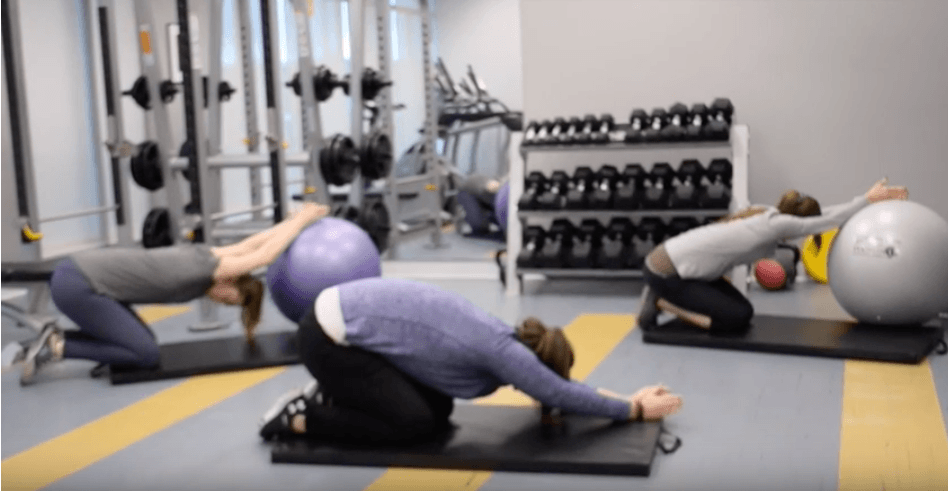 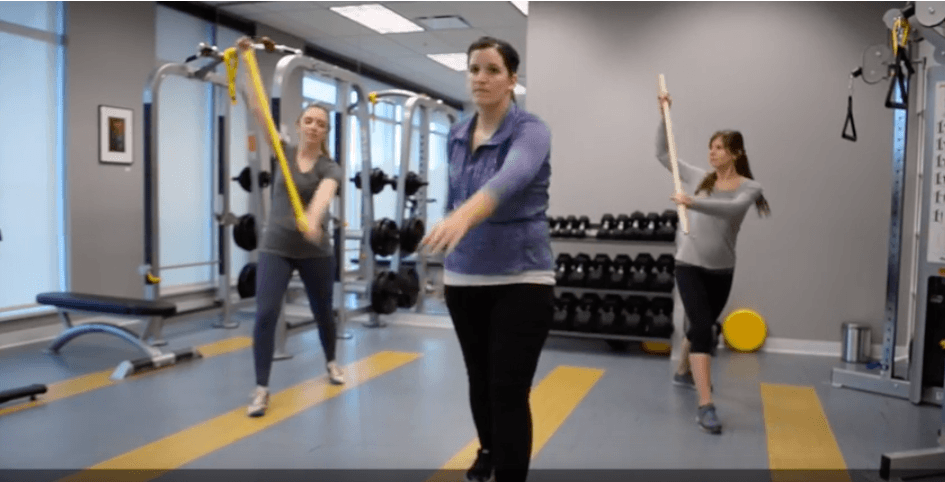 Next is canoe - kayak specific rotates so you can do them with or without your paddle and with these you just want to stay nice and loose and follow the swing of a natural stroke.

We’re ending with Burpees and jump squats. It’s good to end with something a little more explosive especially if you’re going out for a time control or a race. So again, it’s important to choose a warm up that works for you and includes your arms, legs and core. But remember that it is important to actually include a warm up that increases the blood flow to your active muscles, it’s going to reduce your risk of injury. Your muscles are going to contract faster and stronger making you faster in the race and in practise and it’s going to make you feel ready to participate especially after heats and semis being ready for the final. 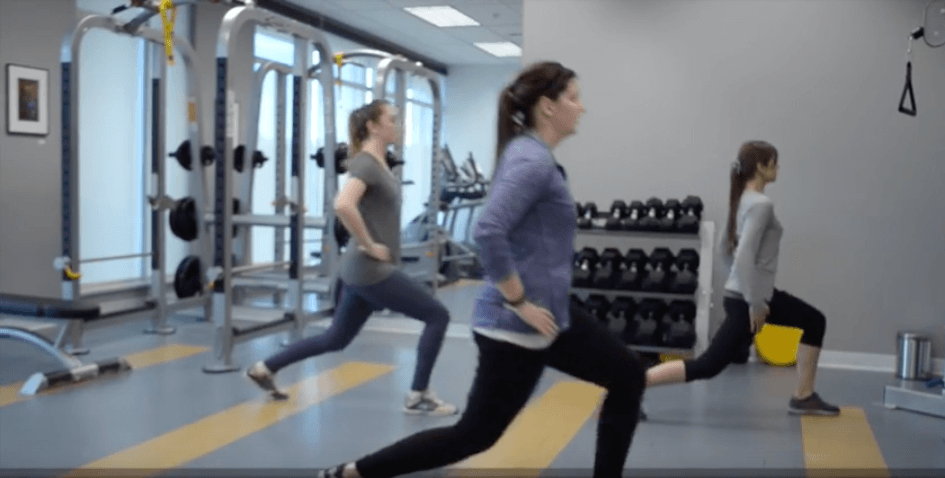 For kayakers and canoeists it’s important to do an on land warm up for your legs, arms and core before getting on the water. This is going to give you an example which is going to include all three, but it’s important to find what works for you. We’re starting off with just high lunges, feeling the stretch of the front of our back hip. Now we’re adding an arm raise on the opposite side of the front leg. It’s really important to warm up before practises, not just before races so your body is used to it on race day. And it’s also going to lower your risk of injury during practise and help you get the most out of practise. So you’re going to end up making bigger gains throughout your practise. Now we’re adding a rotation towards the front leg.

Instead of doing full arm circles which can add stress to the front of the shoulders, we’re going to do arm swings in three different directions which our shoulders normally move in. So this first one is just across the front of your body; and the next one is going to be forwards and backwards, again not doing full arm circles, just staying in the front; and then the last one is out to the side, just staying in a comfortable range of motion.